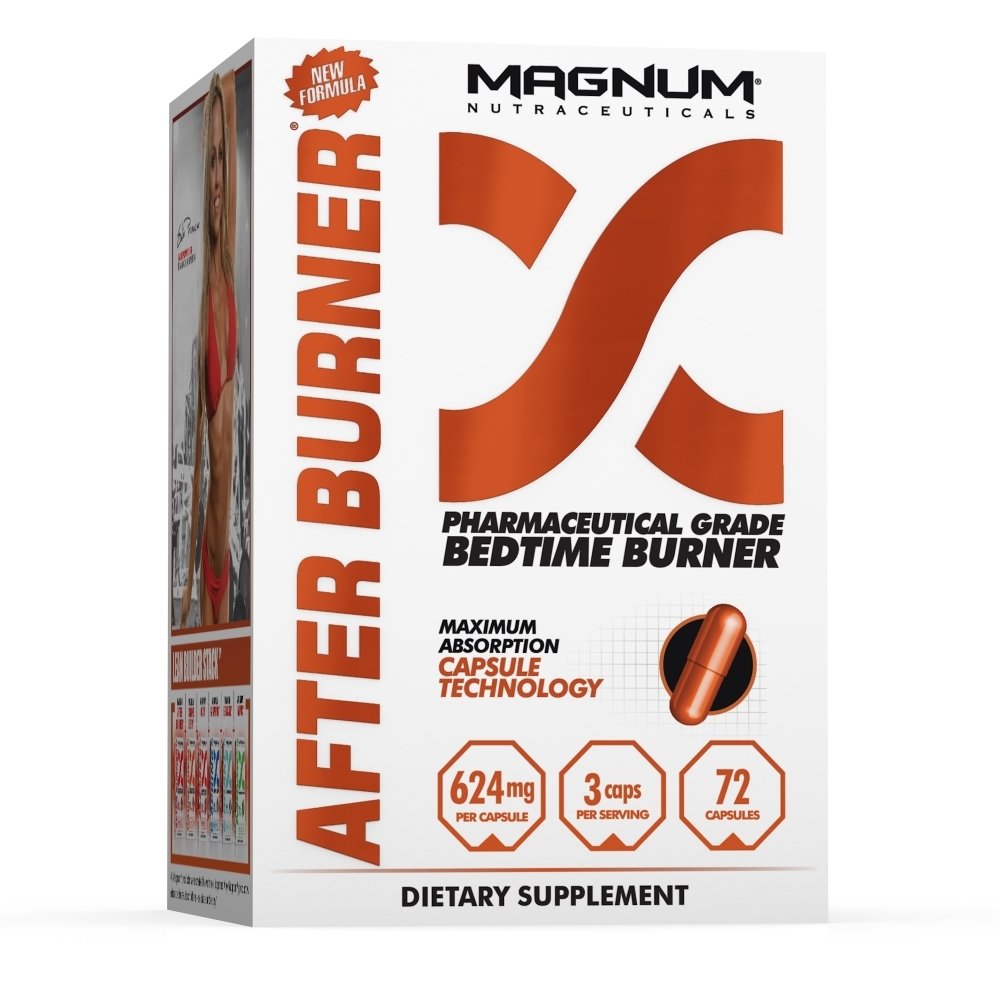 Magnum After Burner is one of the most effective night time fat burners on the market. Afterburner by Magnum Nutraceuticals is a stimulant free fat burner that will effectively help you burn calories and mobilize stubborn fat while you sleep.

Last but not least, After Burner decreases hunger. Normally, when you eat, levels of a lipid produced by the intestines increase. This lipid works to decrease your appetite by stimulating the sensory nerves that tell your brain that you’re full. When you take After Burner, you essentially trick your body into thinking you’ve already eaten. This decreases hunger, especially when you sleep. This is a huge benefit, as everyone who’s ever been on a strict diet knows. Middle of the night cravings can kill both your sleep and your fat loss if you succumb to them.

HOPS EXTRACT
Hops extract can decrease body fat through several mechanisms: first, it inhibits the absorption of fat by
the intestines. Second, it activates genes involved in fat oxidation to ramp up the fat-burning engines. And
third, it decreases the activity of genes that control the synthesis and storage of body fat.

GRAINS OF PARADISE EXTRACT
Grains of Paradise has the rare ability to activate brown adipose tissue, whose primary function is to generate heat, which it does by burning white adipose tissue.

PIPERINE
Not only does Piperine increase the absorption and effectiveness of all nutrients, it also has been shown to
counter the negative effects of a high-fat diet.

Directions For After Burner: Take 3 capsules before bed.
Warnings: Do not use if you are under 16 years of age, pregnant or nursing. Consult your physician before use if you have a medical condition or are taking any prescription.

More about Magnum After Burner: