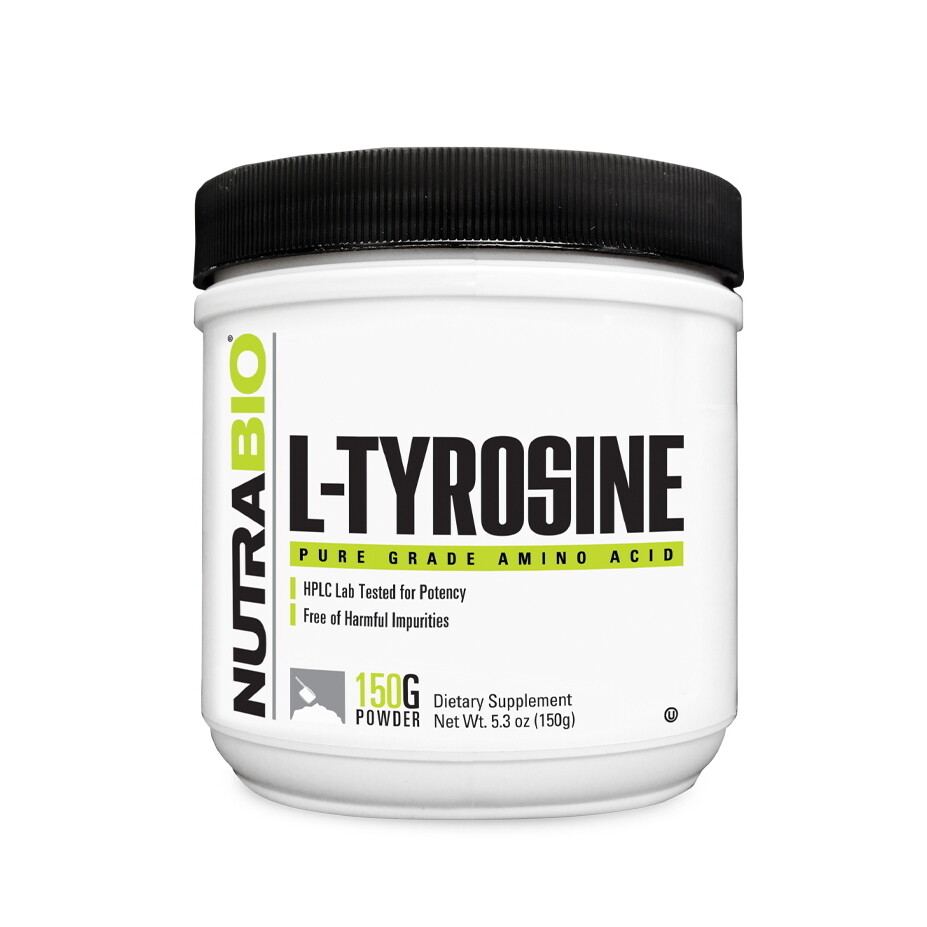 Taking Nutrabio L-Tyrosine may help support brain function, improve mental energy levels and enhance athletic performance. L-Tyrosine is an amino acid which supports brain function. It can be converted by neurons in the brain into the neurotransmitters dopamine and norepinephrine (noradrenaline), hormones which are depleted by stress, excessive work and certain drugs. By replenishing norepinephrine in the brain, mental energy levels are enhanced and a feeling of contentment often occurs.

L-Tyrosine boosts certain neurotransmitters in the brain and has been used to support stress reduction and depression. L-Tyrosine is converted in the body into other key biologic compounds, including L-dopa, CoQ10, thyroid hormones and melanin.

Tyrosine can also enhance athletic performance. L-Tyrosine is an important component of protein and helps form the bioactive factors vital to cellular growth and maintenance. Tyrosine supplementation has the potential to increase athletic performance in a few ways. One of the mechanisms possibly contributing to fatigue during exercise is an increase in central serotonin levels and an increase in the ratio of serotonin to dopamine. Tyrosine may help decrease this ratio and compete with tryptophan (the amino acid precursor to serotonin) at the blood-brain barrier. Increased dopaminergic activity may decrease the perception of fatigue. Also, during highly stressful conditions, catecholamine levels can become depleted, and tyrosine may be particularly useful under these conditions.

NutraBio L-Tyrosine is pure free form crystalline amino acid from microbiological fermentation. It is NOT derived from milk. The B vitamins pyridoxine (B-6) and folic acid can assist in the conversion process.

Nutrabio L-Tyrosine Powder Directions: As a dietary supplement, take 1 or 2 scoop(s) (500 mg or 1000 mg) mixed into your favorite beverage on an empty stomach, or as directed by your physician. This powder may clump during storage which will not effect the quality.

Save this product for later